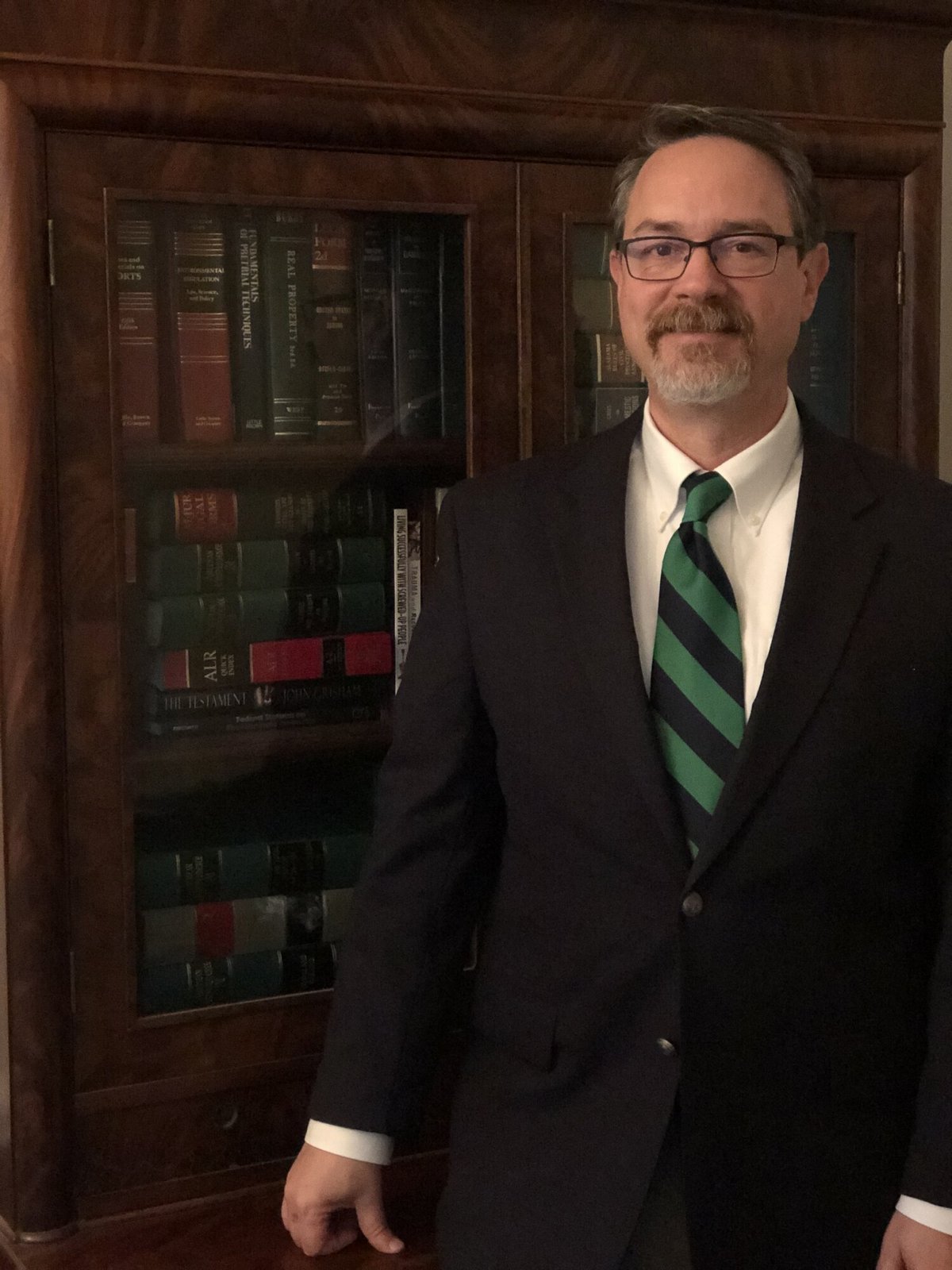 David T. Shaw was born and grew up in Tuscaloosa, Alabama. He attended public schools in Tuscaloosa, and graduated from Central High School in 1984. As a youth he was active in Boy Scouting, attaining the rank of Eagle Scout. After high school, he enlisted in the U.S. Army, and served as a combat medic in Germany.

Upon returning to civilian life, David enrolled at the University of Alabama, where he received a B.S. degree in Biology in 1991. As an undergraduate he served as President of Delta Sigma Phi fraternity. He was a member of Army ROTC, a Distinguished Military Graduate, and was commissioned as an officer in the Army Reserve.

David is a graduate of the University of Alabama School of Law, receiving the J.D. degree in 1994. He was a member of Farrah Law Society, the John A. Campbell Moot Court Board and Treasurer of the Student Bar Association.

In 1993, David began working in Eutaw with Walter A. Griess, first as a law clerk, then as associate attorney, and as a partner in the firm of Griess & Shaw, P.C. in1997. He practices primarily in the areas of civil litigation, criminal defense, real estate, probate and family law. He is a member of the Alabama Criminal Defense Lawyers Association. In 2008, he was instrumental in establishing the 17th Circuit Drug Court program, and serves on both the Drug Court team and the Board of Directors of Community Corrections for the 17th Circuit. David is also City Prosecutor for the Eutaw Municipal Court.

David is married to the former Dianna Brown of Tuscaloosa. They have four children, son Tag and daughters Lizzie, Ellen and Katy. He is a member of Forest Lake United Methodist Church. When he's not working, David enjoys playing guitar and banjo, motorcycling, and restoring and driving classic Datsun cars.

David T. Shaw is a member of the Alabama State Bar (1994), and is licensed to practice before the U.S. District Courts for the Northern and Southern Districts of Alabama, and the Supreme Court of the United States.